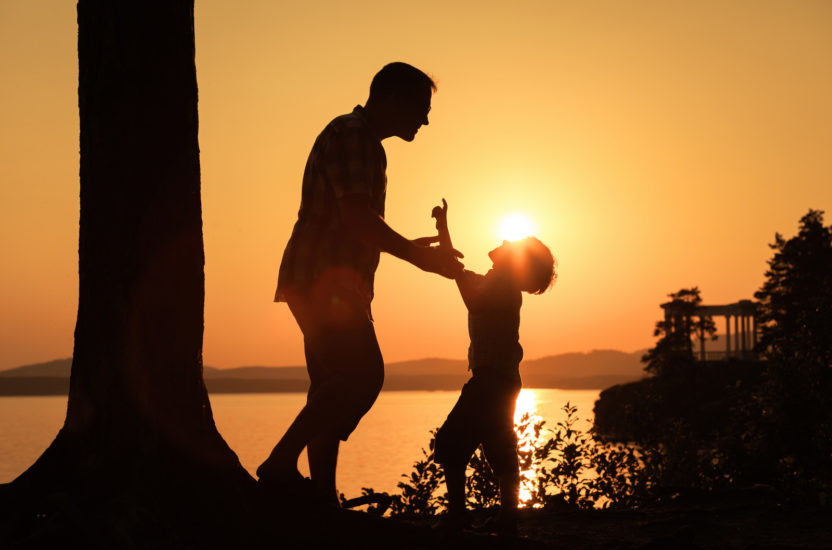 ‘Do not go soft on your son thinking he has only you’, advised my son’s pediatrician after I got into my single parenthood.  You will have to be strict with him whenever required. This was very hard for me to digest initially, how can I set rules or raise my voice on a 6 year old who lost his mother. What if he feels left out and withdraws from me. Many questions popped in my head.

When my wife was around, we struck the strict vs loving parent balance perfectly. She had her strictness quotient at a higher notch while I was the soft parent. She was the hug and kissing parent. And I was the study and play mentor. We had an agreement not to step on each others way while disciplining him whenever required. So our son tuned himself to adapt to this setup.

During the initial days after her loss, not knowing how to express that he misses the physical affection he got from his mother. My son would silently sit next to me and lean on me. It did not strike me that this was a sign of his yearning. When this longing turned into insecure feeling, he started holding my hands tighter than usual. He would not let me take my hands off him while sleeping. Even after he slept, he would wake up in middle of the sleep and pull my hands to him. This rang the alarm bell in me.

I tried talking to him if he misses his mother and he would straight away say no. After at least couple of months of rattling my head, it struck me that he misses that touch. I started giving him more than regular hugs and kisses. At first he found it a bit unnatural as it did not come spontaneous for me. I would forcibly pull him and give him a hug, it took me some time to read his behavior and be spontaneous when he needed them.  I went overboard in giving him regular rub on his back, voluntarily holding his hands. This helped in curtailing his insecure feeling. Now that is the easy part of the balancing act.

The tougher part was playing the strict parent role. I was in ‘all your wishes would be granted’ mode with him for some time. This gave him an idea to up his mischief antenna. His tantrums grew along with demands. The set rules he would follow otherwise were flying out of the window. Simple rules like he is expected to remove his shoes before entering house stopped happening. Coincidentally his pediatrician’s advice to be strict whenever required came before the rule breaking became a bigger mess.

I started putting my foot down and setting rules at home. I did not hesitate to raise my voice to discipline him whenever required. This was an emotionally taxing phase of my parenting. My inner voice would scream to me not to be strict when I am disciplining him.

At times I went overboard in disciplining when he was a little insecure making him withdraw from me. That took longer time for me to reconcile him back to ‘I love you’ mode.  I realized he was getting confusing signals from me. At one moment he saw a mushy daddy and a serious one the next minute. He found it very hard to decode my emotions. That is when I realized I need to have a mental reference of guidelines to me on how, when and what causes the ‘discipline dad’ to show up. It took him months to understand it. I used the time during the reconciling phase after a disciplining session to tell him clearly what is accepted and what is not.

At one point I felt I had way too many things I wanted to pass on or teach him. Most of the days were spent with words ‘No’, ‘Don’t do it’, ‘Do it this way’. This reduced the time spent in bonding with him. More than him I needed the emotional recharge from him.

Instead of overwhelming with so many conditions at the same time, I decided to pick and choose what I will enforce as small projects. Each project would last until it becomes clear to him that he is expected to do certain things in a certain way. For example if I am expecting him to remove shoes before entering the house, wash his hands and face. I take this as a project. Until then he was permitted to leave his toothpaste cap open and soap soaking in a bucket of water. I keep running it daily with him until removing shoes and washing face became a routine for him. Then enforced closing of toothpaste cap and securing the soap in the soap box. Of course not all project succeeded. I had to push some midway to the back burner as I felt we were going nowhere with it. And some projects took really long time.

It took me little more than a year to have this rapport or understanding build between us. None of the concerns like can I provide as a single earning parent, what future holds for him daunts me. For me balancing of a loving and a disciplining parent within me was and is the most difficult skill to master as a single parent.