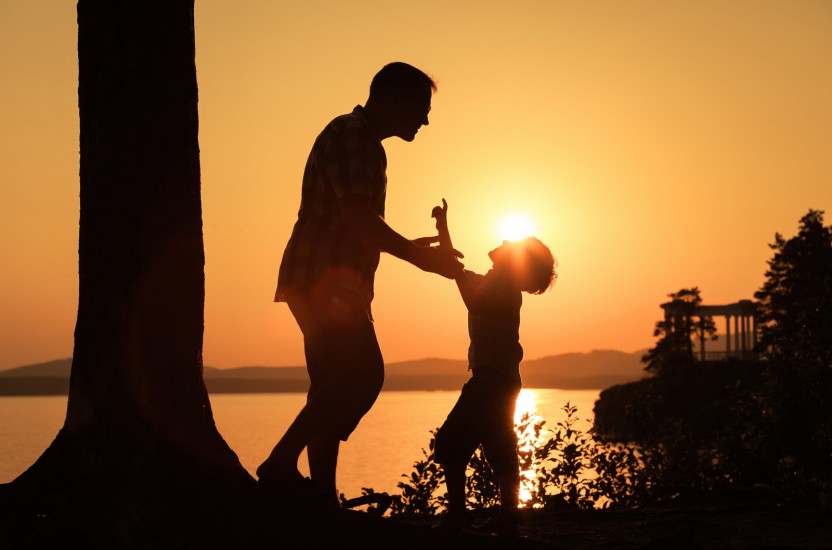 “Daddy, I do not want to talk about it”, was my then 6 year old’s response when I asked him if he missed his mother. I was worried he was suppressing his grief and needed to be more expressive. It all started when his class teacher noticed he was making more than usual drawings in his class note books. The school counselor’s advice was – kids who are less expressive, show this behavior.

It was confusing, a direct question makes him uncomfortable and he wants to avoid it. But at the same time he was showing signs of lack of expression.  I consulted a psychiatrist about his attitude to direct questioning about missing his mother. The psychiatrist’s one line answer was ‘he is showing the right attitude’.  Let your son initiate the discussion and do not instill the grief in him.

I was not convinced but when it comes from a psychiatrist, I better not question it. He did bring up casual talks occasionally.  Like while putting on his swimsuit, “You know what daddy, I think Momma would be laughing from up and saying ‘Ah you are going swimming eh?!” Once in a flight journey, he said, “I think we are closer to momma now”. During such times, I would answer coldly, “Maybe baby”.

One day, I saw him draw a big hand and a one stick character walking towards it. His explanation was Momma walking towards god’s hand. That shook me, now what caused this? On probing found that he had heard a neighbor’s kid comment, do not play with him, he does not have a mother. This instance helped me understand things better. He had accepted the fact that his mother is not coming back. But he was still unsure about how bad the situation was. Every time he heard or saw something which suggested to him it was bad, he got this insecure feeling and goes into a shell.

At times, I tried making him understand that it was okay to express his feelings and cry. But that went against the psychiatrist’s advice. I tried making him give a bold answer to people who questioned where his mother was.  He initially managed to do so, but that faded away. The surprise reaction people gave for his answer made him to retract it. It pained to see him mumble when the question is asked. So that gave me the learning, no matter how strong you build him, the environment around him is going to remind him things are wrong.

To quote an example of how the environment affects a single parent’s kid, we have one instance in The Phoenix Family community where a young child went ahead and started talking to relatives to find a groom for the mother.  Because the kid felt the difficulty the mother and the family were facing was related to her being single. The kid kept hearing from the grandparents, ‘see your mother is struggling a lot to meet the family’s needs. She is the only one earning, so you have to be helpful to her’. Even though the intention of the grandparents was not that, the kid misconstrued the statement.

We can’t be always be present to shield them against such influences. The only thing which helped my son’s insecurity (which I learnt over time) was my assurance at two levels.

First one I am always there for him. This one is easy. I go overboard in hugging and kissing him daily which he missed. I tried filling every gap he may feel because of the loss. I used to feed him because it was his mother’s duty. I tried playing a dual role wherever possible; to show him I was there.

The second was that this phase is not a bad thing to happen. This is the hard part. He notices every bit of my movement to ascertain if things are bad because at the corner of his mind he felt he is slightly off the social picture because of having one parent. I hide my emotional outbursts, keep it after he sleeps. The initial days were more difficult with relatives walking in and talking about the loss. After some point I was very blunt with relatives, wait till my son is not around to talk about it. Spoke to his school teachers and made it as an official statement to other kids. I replied to questions asked to him about his mother to show him it is okay to receive that surprise reaction. I spoke to people he was close to and gave them the picture he would get if they react or talk about it in front of him.

So in summary, kids should understand that single parenthood is a phase just like moving from one grade to another in school. It should not be overwhelming for them. Have that bold, emotionless face when questioned about it.  Play that dual role and fill the gaps of the ‘other’ parent.