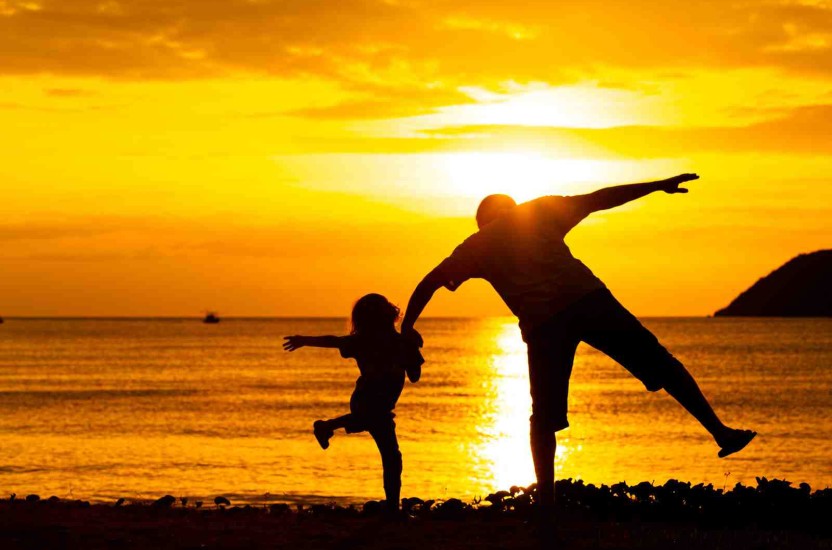 I’d say most of us are a part of this rat race, watching our peers grow. Why do I feel so? I was, or rather I am party to this rat race. The cost of living is high, my peers buy houses, inflation… run the race, earn more… push working hours, impress boss, get a hike and much more, so my kid has a good future.

Before my wife passed away, I did all of that. The outcome – my son lost time with me. I showered him with more toys and gadgets. We stayed in an independent house. He didn’t have other kids as neighbours so his social skills deteriorated. And then, the lightning bolt struck me, when his pediatrician started noticing hiccups in his social skills when he was 18 months. The doctor’s stern advice was give your son human time. If not for the doctor’s advice, god-forbid he may have slipped into a state which was irreversible.

I started giving him undivided attention, everything else in my life got de-prioritized. I avoided office calls when I was at home. I saw a complete turnaround in my son and the doctor ruled out any permanent change in him. And did I say the story ends here?! The company I was with noticed a bad slump in its funding, so they had to lay off people. The first in the list of under performers to be presented with the pink slip was me! I would say luck did wink at me and I found a job within a month.

I strongly believe in regular retrospection of life. Achieving a work-life balance was the learning this time; you can’t swing to one side and ignore the other.

I experimented with a few ideas like run like the horse with blinders on weekdays and weekend for family. This was not effective for my son, 5 out of 7 days he didn’t see his dad.

The plan which did work was dedicating a time slot every day for him. It started with 2 hours everyday. I played what he wanted to play, with absolutely nil instructions from my side. We invented activities, gave each other undivided attention and no gifts. The slot was fixed; it was right after I reached home from office.

The challenges – convincing your office that you are not available at a certain time. I used to fake meeting schedules in my calendar. There will be instances when you have to get on an office call, no matter what. I will make sure he is given more priority, if he walks up to me during the call. I would not mind placing the call on hold to respond to him. At times he would push the limits of bad behavior during the slot to check how far he could go. During those times I put my foot down and say no. But ignore talking about it at that time. There will not be a drastic change in parenting pattern before or after the slot. I would not be a Karna (give all) mode and the next minute go ‘no…no’. I kept reminding myself this is an undivided human time I’m giving and I am still a parent 365*24*7. The duties and qualities expected will not change because of this.

There were tips and tricks I learnt with time. There will be days when you are dead tired. Pick an activity where the kid does most of the work and all you have to do is give an appreciation nod. Always have a kitty of activities handy to give the kid choice if he/she does not have a plan for the day. Keep rotating and randomly choose activities, so the kid is always excited to know what’s next. The moment the kid notices a pattern, the interest fades away. Remember if the kid does not want to use the given slot may also mean it is no longer interesting, for me that is a red flag. I will write a separate blog entry on some of my quirky ideas I used to entertain my son.

This platform I set for him, works wonders in my single parenting days. I found this to be a silver bullet solution to most of my parenting issues. Be it his tantrums, attention seeking stunts, the urge to buy gifts were always at minimal. And my friends who are parents or single parents have heard my ‘give dedicated human time to your kid’ advice to any of their parenting issues! And many who followed it religiously have seen remarkable changes.

And here’s a one line piece of advice. By the time you think you have reached your monetary goals by ignoring time with your child and you go back to them, they will not be with you. All they need is human time with you.